Today we’re off to Floby, Sweden to our next workaway host.  So for the last 15 days we’ve been ‘on holiday’ seeing Norway and during this time we’ve spent 7 nights with ‘couchsurfers’ but it’s still been expensive:

Plus food, bus and tram fares, and beer.

So an expensive deviation from our plan and only possible because we still had full pay at the end of December and January.  We know it’s not repeatable and this has really led us to question our plans.  We had planned a workaway in Norway in June for 6 weeks and then Iceland for 6 weeks taking us to the beginning of September.  But our Norway workaway cancelled and Daz thinks we’ve “done” Norway.  So Denmark or Iceland after Sweden?   Chatting with Cato (our last C/S host) about his cycling plans has also fired up our excitement over our own cycling plans.  So we’ll wait and see how Sweden works out before deciding where to go next. 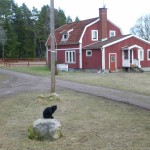 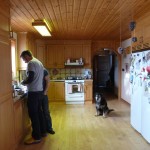 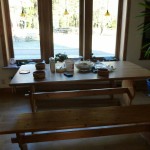 The farm, the kitchen and the dining room

We arrive at Floby and Christina picks us up and takes us to the farm.  We meet the other volunteers Merle (German), Ion (Moldovan) and Tiho (Croatian).  We are in a separate cabin to the house (no bathroom!!!! No TOILET!!) and we’re sharing with Merle.  We unpack and settle in.

2 replies on “Travelling over, work tomorrow”

Lol it’s OK, there’s a toilet in the main house!